House with Chimeras is, perhaps, the most known building in Kiev.

House with Chimeras is, perhaps, the most known building in Kiev. Now the house is settled down in the centre of Kiev, in about twenty metres from the Palace of the president of Ukraine.

Exterior decor of the house and its interiors do not iterated anywhere, not only architect’s imagination and skill are reflected in them, but also his passion to hunting. The building is unforgettable outside. The facade is ornated by figures of real and mythical beings. Here there are mermaids, stretching their nets; dolphins, sea reptiles, crocodiles, huge toads, water-lilies of fantastic size; heads of rhinoceroses and antelopes; lizards, running on harmonous columns; eagles, spreading their wings; elephants with trunks, serving as drains during rain.

Internal interiors are also fanciful. The fixture in the shape of a huge catfish and lotus stalks shines thr stair landing, the stucco moulding at the ceiling represents an octopus, and the sinking ships and skulls remind us about storming sea. The rooms are also painted like a sea-bottom. The fantastic birds seat on the both sides of the front white marble staircase and hold it in there claws. Initially the house was built as rented. Six of seven apartments were leased to men of means –the habitation of such level was too expensive for other lodgers. 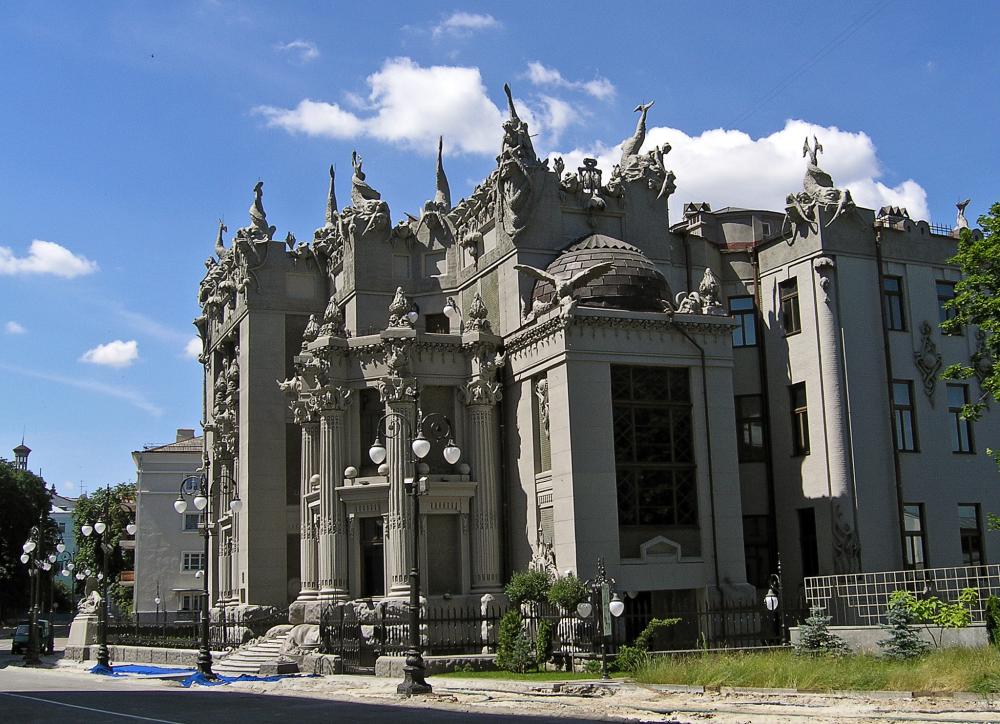