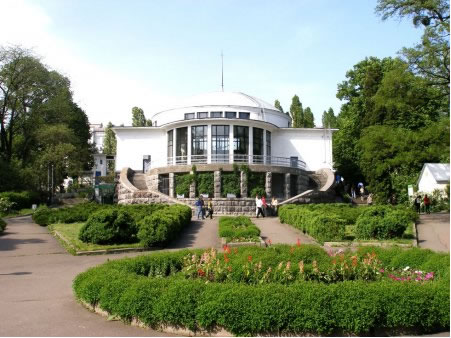 Kiev is one of the greenest cities in Europe. That's why there are many vast and beautiful parks where Kiev citizens love to spend their weekends or just an ordinary evening. If you happened to be in Kiev and you want to sightsee or you simply like walking around in a nice park below is the list of top parks in Kiev you should check out during your stay. 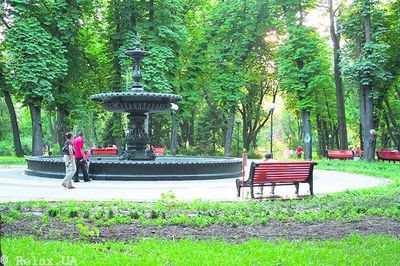 Mariinsky Park is one of dearest places to go in the city. The park is located in the center of the city. Its history goes back nearly half a century. The park is one of the most picturesque places in Kiev, and designed in the so-called English style. The park has planted more than 80 trees, grows a lot of roses. Here are the Arch of Friendship of Peoples, Puppet Theater, and Museum of the water. The park is very famous for being the Mariinsky Palace, one of the greatest monuments of Kiev, and at the same time the main residence of the President of Ukraine, located in its territory.

The king's garden was founded by Peter I on the basis of the Regular garden. In 1763, the park was planted with fruit trees and built a greenhouse. At the site of the current stadium “Dynamo" was the Valley of Roses. Also here is the theater of the Chateau de Fleur. In the 60- 70s between the Mariinsky Park and stadium "Dynamo" have some garden sculptures and Lesia Ukrainka Zenkovetska. 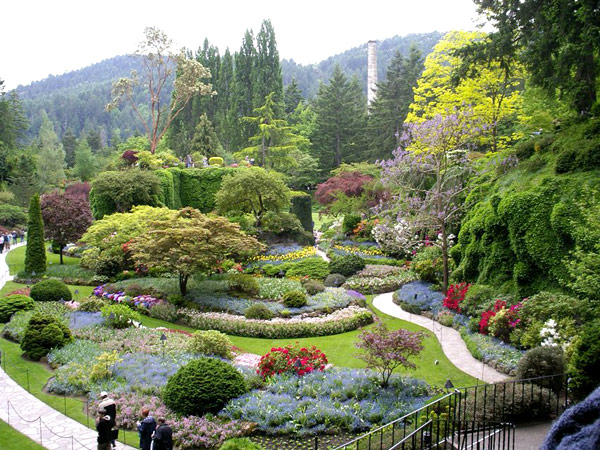 Lewis Ginter Botanical Garden. AV Fomin is one of the oldest gardens in the Ukraine. Currently, he is a research unit of the Kiev National Taras Shevchenko University, and performs educational and scientific functions. Several generations of botanists created a botanical garden unique collection of plants of different geographical origin, which has about 10,000 units. In the garden has formed a diverse natural fauna. The garden is one of the most unique natural complexes in Kiev. Moreover there are many nice and very tasty restaurants in Kiev, located nearby. 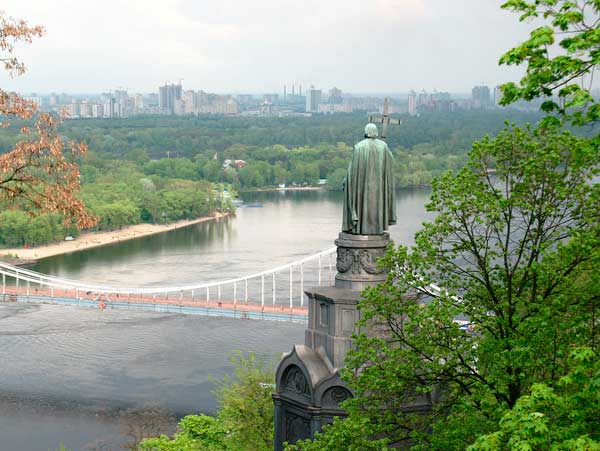 Vladimir Hill, from the slopes where you can enjoy spectacular views of the entire city, has become a hallmark of Kiev. Gorka surprisingly attracts residents and guests. Openwork gazebo, which came here in the 19th century thanks to Vasily Kokoreva Moscow merchant, became a favorite place for meetings, and in the early 20th century there was built by Michael electric lift or funicular. On Vladimir Hill was created panorama "Calvary", which is the scene of the crucifixion of Jesus Christ. Later she was transferred to the Kiev Art Institute.